The track circuits are operated by levers interlocked mechanically. This really can't go anywhere unless I can find suitable metal wheels though. 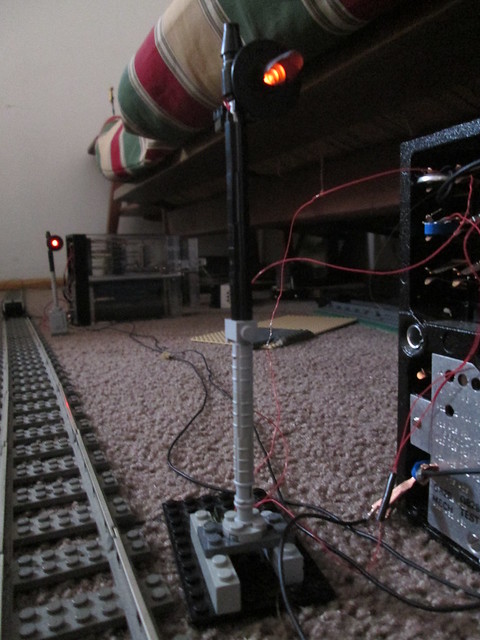 This model uses a red-green LED with a common cathode, it is more difficult to wire up this model than design #1 but, the yellow is a nice consistent amber, and the light blinks when changing colors, as do the prototypes. the visor on the light is just made from construction paper but it adds much to the overall look of the signal. The signal has a 1/8's brass tubing in its center, for support and as a conduit for the wires. 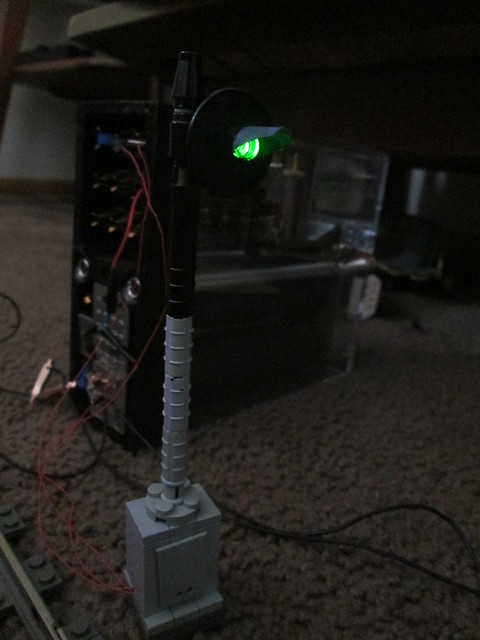 This model uses a red-green LED with a common anode. I have had a hard time blending the two to make a satisfying and consistent yellow. However, wiring this up to relays for control is very simple compared to design #2.

Controlled by a lego m-motor and some other mechanical goodies. 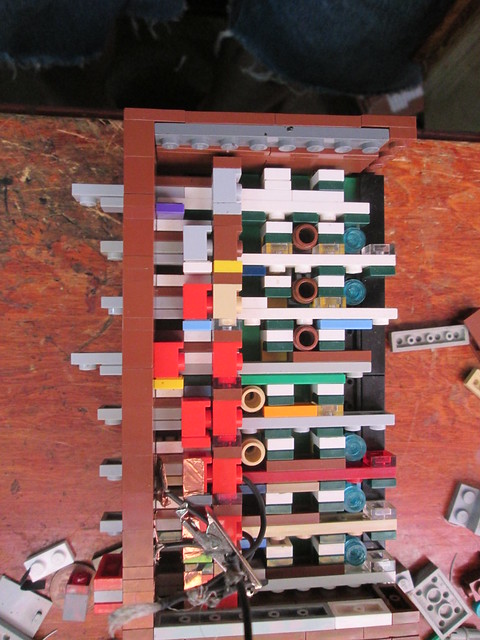 My previous machines used tensed thread to interlock the levers. My newer method uses 100% unmodified Lego, and is built with common parts. It is a very basic replication of tappet interlocking. As one lever is pulled into its reverse position is displaces the 1x1 round a half a plate into the gap on the adjacent tappet. This prevents the adjacent tappet from being reversed until the lever in reverse has been returned to normal. This basic principle is used to construct tappets so that arranging conflicting routes is impossible.


The machine controls five signals, that are part of an interlocking where three tracks converge to two. Each lever represents a route, either straight or diverging. Pulling the lever will clear a signal but, the actual aspect (y/y or y/r or g/r) is determined by the track circuits, not the lever.


It can be used with mechanical signals as well.

this is the first of two interlockings I am building to fit with the OhioLug layouts. This one is built so it can be packed up and set up tabletop with minimal hassle. Power for the signals is centralized in the cabinet next to the far right signal. 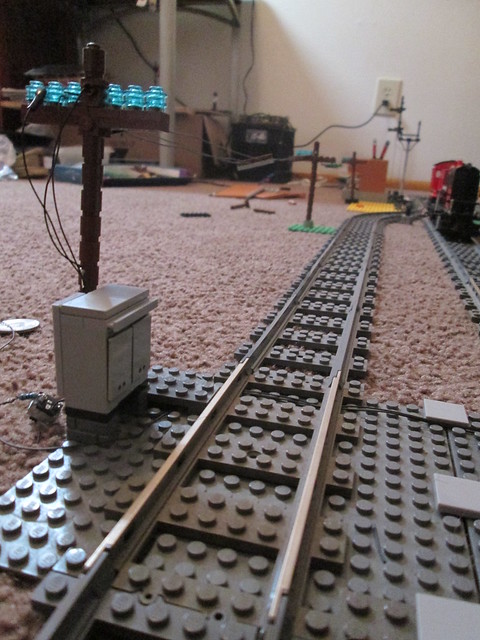 There is room inside the box for the battery, resistors and all other wire connections that the distant signal needs. The pole line transmits the the operating impulses from the switch inside the tower. 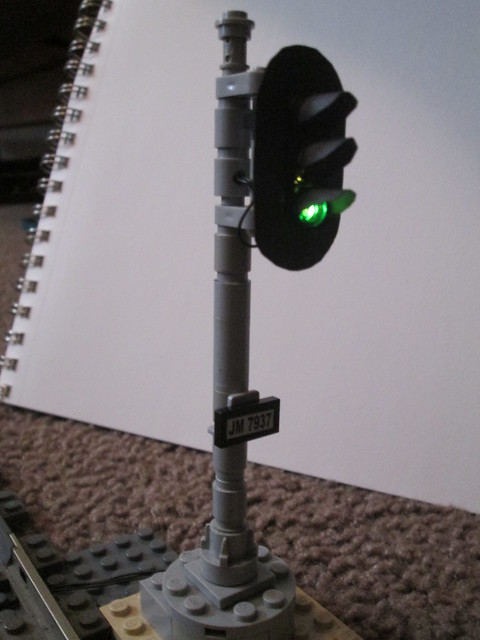