I just noticed a picture from you on Flickr using non Lego track.
See: 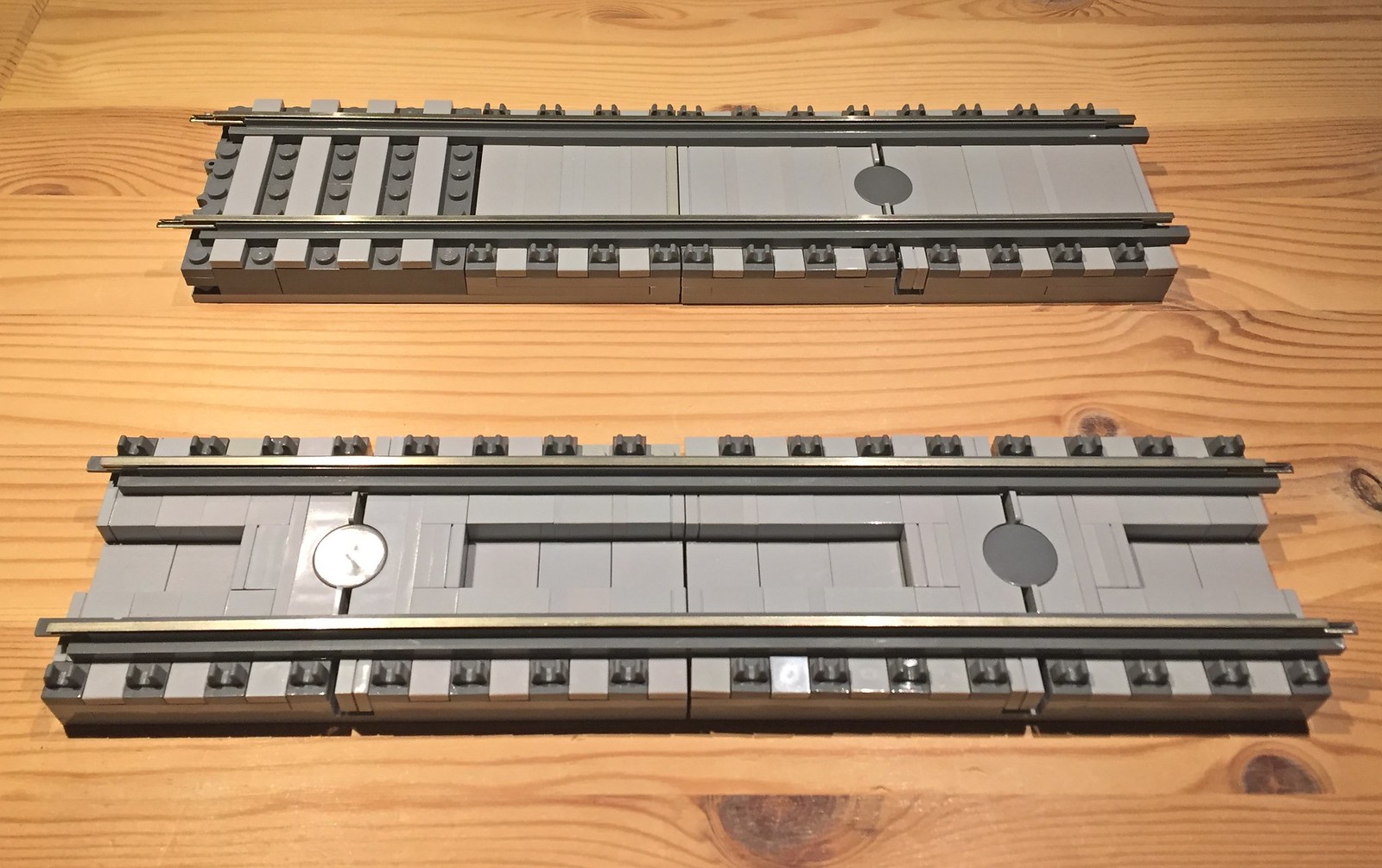 What kind of custom track is this?
Is it the new ME Models metal track?

Yes, it is the new ME Models metal track. So far, it looks pretty good. I’ve only built a few track modules, so I haven’t been able to an extensive test with running trains yet.

Thanks for all of your comments on the MILS modules. The modules that I have posted instructions for are intended to be a foundation for builders to customize to their preference. Details such as matching terrain height and disguising boundaries between modules are left to individual builders to do any way they prefer. Even items such as mixing colours and textures are left to the builders to customize. For example, when I built some MultiRoad modules for a rural setting in North America, I built the sloped terrain in dark tan next to the road so that it would look like a gravel shoulder.

I am still working on adding some new instructions (including yours) to the site; but I have been busy lately. I am due to go on holiday in a few days; so hopefully I will have a chance to catch up on some instruction making!

Regarding your ideas for electrical interconnect of modules, they look pretty interesting. The idea of having redundant wires for power and ground is good so that the connector can be arranged to be “polarity independent”. Reserving wires for low speed serial interfaces is also a good idea. Electrical interconnect of modules is not widely used. Most folks will likely use a method that suits their individual layout or ideas. Introducing a “standard” could be difficult since it would be difficult to find a method which is both low-cost and easy-to-make. Using standard pin headers is always a good idea since they are readily available and come in many different form factors. Ultimately, a method which is engineered to “plug-and-play” with Lego studs would be preferable. This would require engineering a printed circuit board which has stud-releif holes and connector mounting points which could “plug” directly on to the Lego studs and expose connectors at the precise geometry to interconnect with an adjacent module. This would give the connector mechanical alignment and mechanically robust fastening. Inside the module, a simple connector wire harness can link the connector PCBs with bus-wiring. I’m sure there any many ways of doing this, but it would also require some built examples from people like you to show us the possibilities!

Thanks again for sharing your ideas and look forward to seeing more! 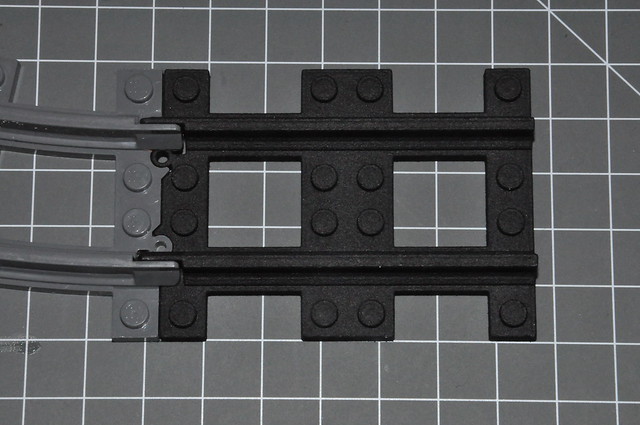 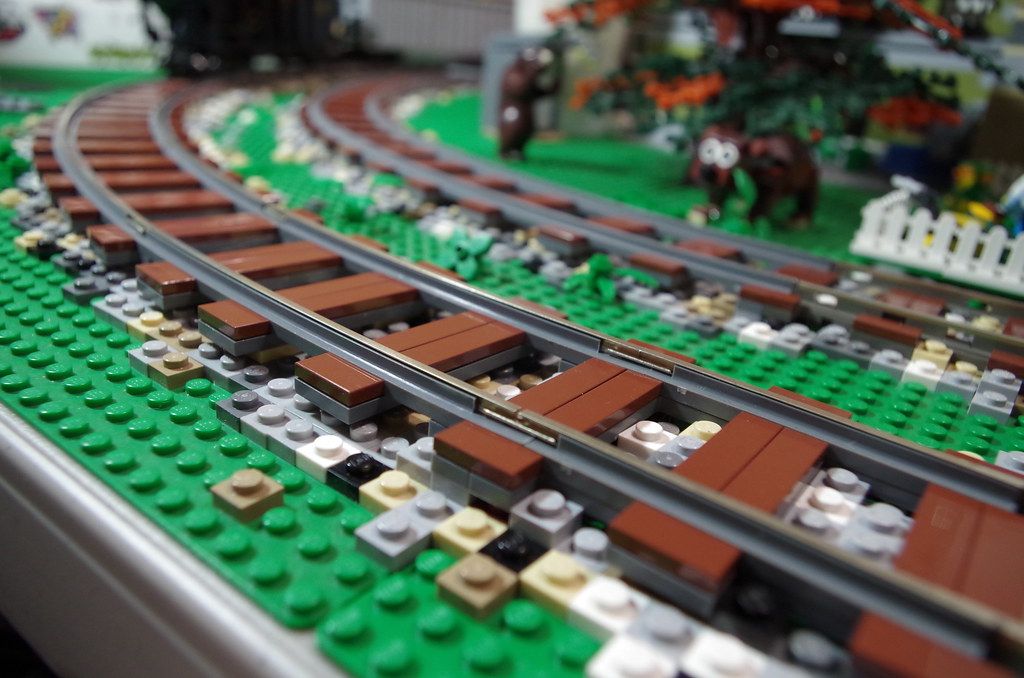 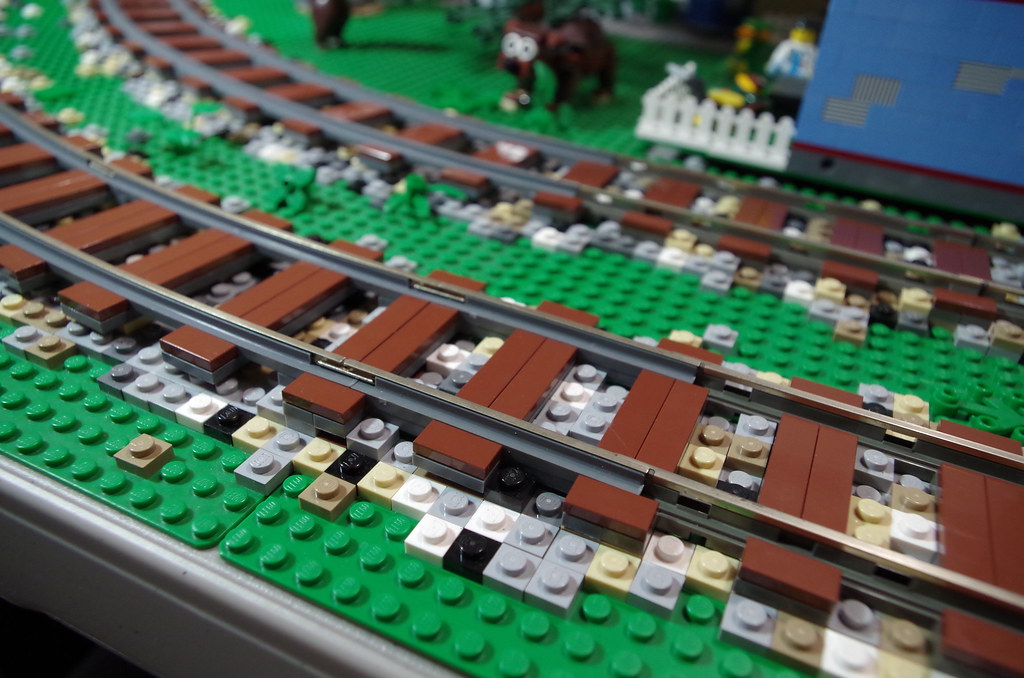 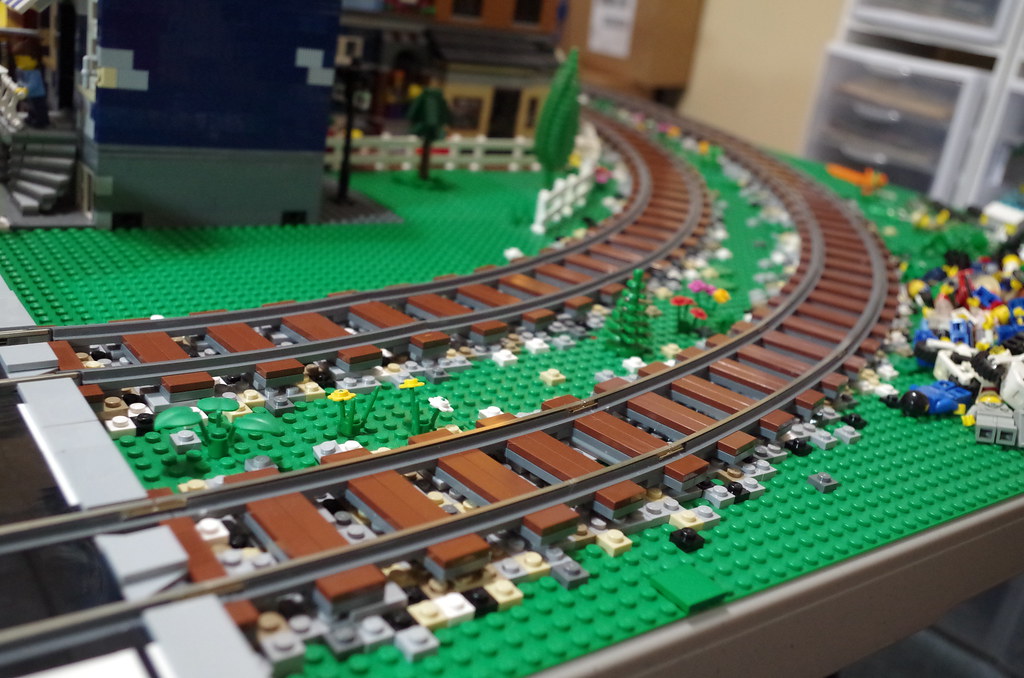 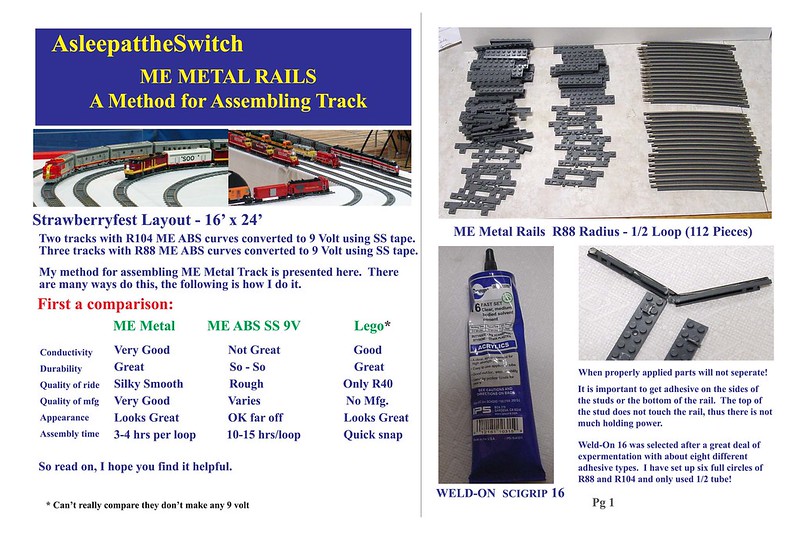 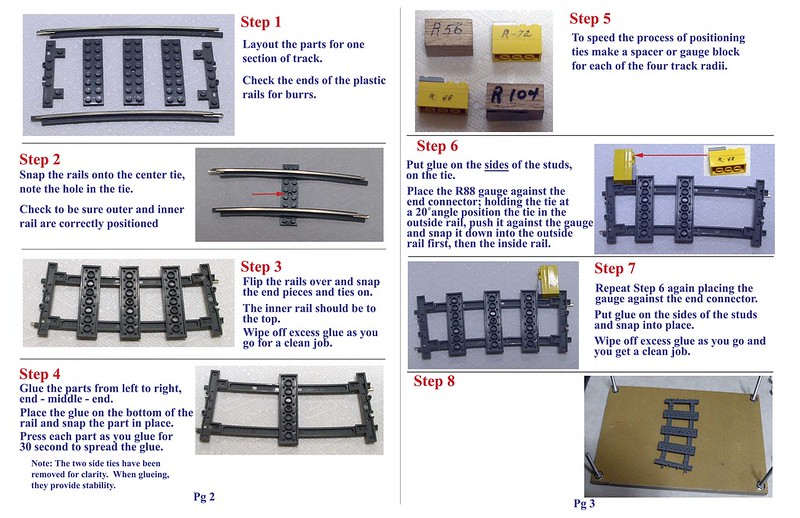 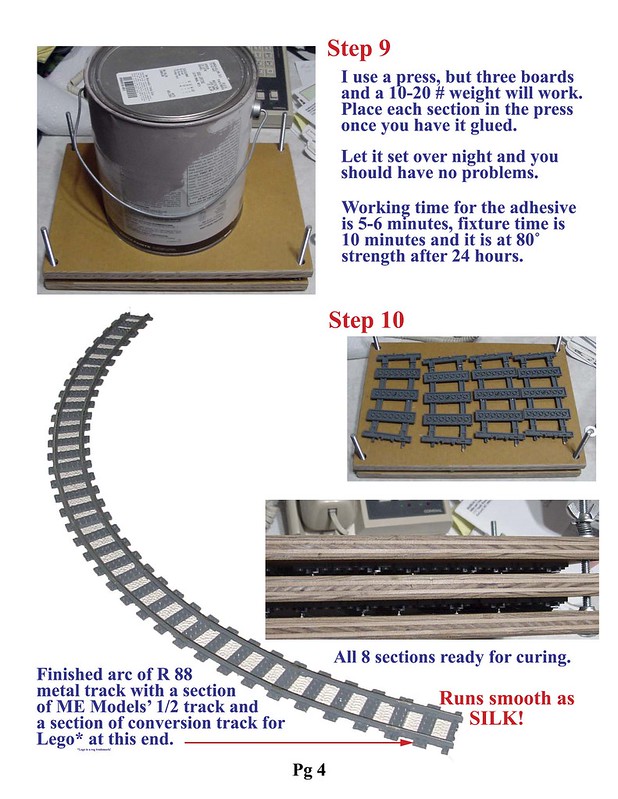 My Bad Experience with ME Models Curves

About four days ago, my order of a full loop of R104 and R88 curves arrived, and I couldn't be any happier. I had already torn the track off of my layout in advance for their arrival. I built them all in one night, and the building process was not too fun. It started out with it bring nice until I got a full piece of track together and pieces started to pop off. That issue alone extended the build time by about an hour or so. I had finally gotten them all built, and they were ready to be installed. The next day, I place them on the layout, and they start to pop again and again until I had to rebuild about half of the curves until they were all together. I took a step back and I was finally glad my track was complete. I quickly set up a train for both the inner track and outer track, my custom ten-wheeler with eight cars and my Daylight with four. I set them both at a speed that wasn't too slow nor was it too fast. They were fine until it got all the way around the layout, where the tracks started to break randomly. I fixed it in hope that it wouldn't happen again. Then another piece broke, then another, then it just got worse. I had gotten to the ninth time of the track disassembling itself, and my Daylight came around the corner at a fast speed and track let loose and the engine, tender, and two cars came barreling off of the layout, leaving me with a bucket of parts to end the night with. Today, I had everything put back together, including the track, and was ready to run everything once again. The track continued to break and kept sounding like the pieces weren't all connected, to I had assembled the track using a rubber mallet to secure them. It got to the point where an entire quarter of the layout would shift and be destroyed as the train went over the curves, and that's where I had enough of it and quit instantly. My question is, what is the purpose of making the curves have to be assembled instead of being one solid piece? I get it there are some cool ideas using them out there but if Lego makes it one piece, it should be logical to use the same good idea and make the custom rails one piece. I am EXTREMELY displeased with the quality of the curves and I feel like I didn't get what I paid for, after seeing such positive reviews on them. I almost resorted to breaking the cardinal rule of Lego and gluing them, but I feel that I would regret it. If anyone has a fix to any of these issues, please, please, please tell me about it so that I can run a train without it crashing.