Update of the slot system: With separate chassis both vehicles are able to move simultaneously. They can be used on the same slot, however after some time they're going to collide since the school bus moves a little faster - which is quite logical since lights are missing here. In any case the police truck will be rather used on a night layout.


The next step would be an RC vehicle (also with passive steering) which is able to adapt its speed to the self-driving vehicles to avoid collisions. I'm also thinking about switches but haven't found a solution yet. However, together with the trains, the monorail and an elevated train which is in the making there'll be quite a few traffic on the layout - day and night. 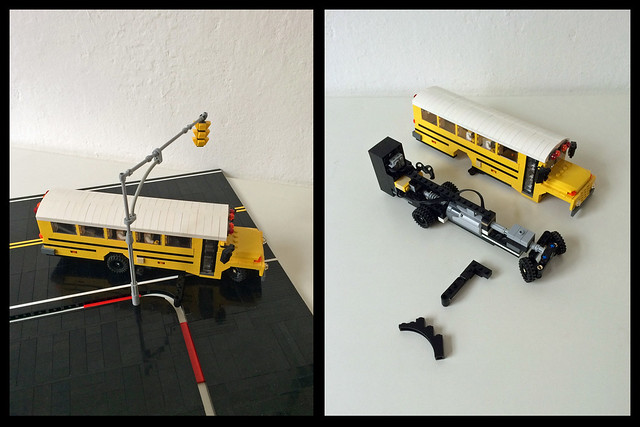