I've been trying to design something like this since 2013 - a modular, motorized, mini-train layout.

I call it "Quarter Scale Rail."

The name isn't 100% accurate, but comes from Texas Brick Railroad member Steve Jackson who has built a quarter sized replica of all of his track modules and MOC buildings for planning purposes (as opposed to software like BlueBrick). He calls it "Quarter Scale". My trains as shown are 2 wide, which is one quarter the width of my preferred train size - 8-wide - along with the quarter Scale mini modulars from the one LEGO set.

The system uses a chain of 1x2 technic liftarms in a channel built into a MILS base, powered by an XL motor, which turns a large technic motorcycle wheel rubbing against the chain.

This layout is 4 modules - 2 double track 32x32 straights and 2 16x32 half loops. I've purposely decorated each module differently and without overlap to emphasize the modularity. 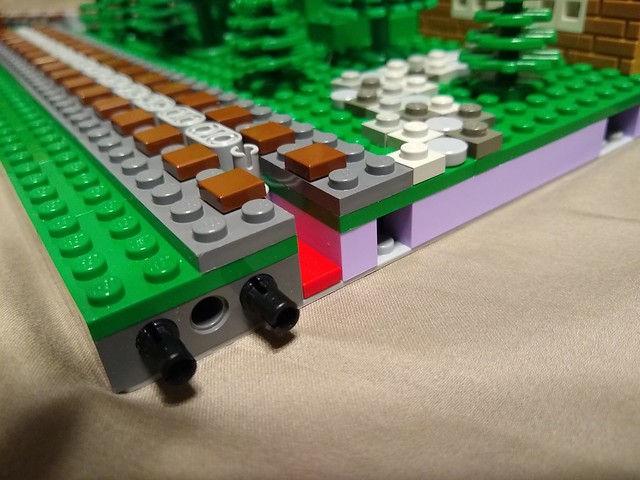 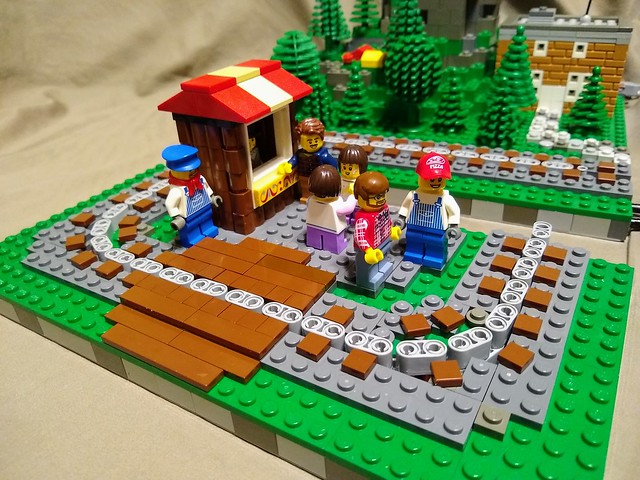 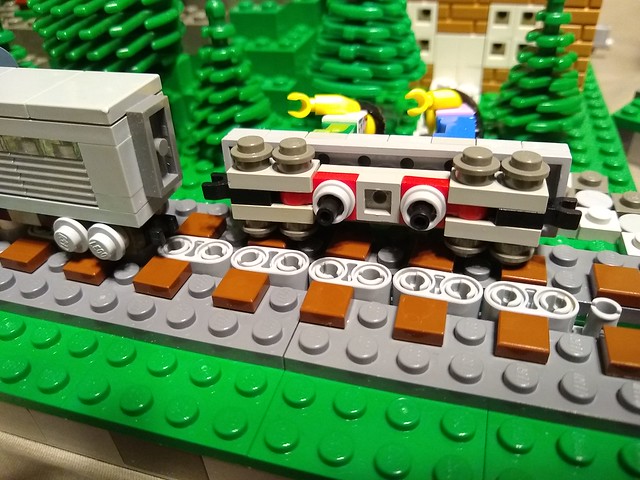 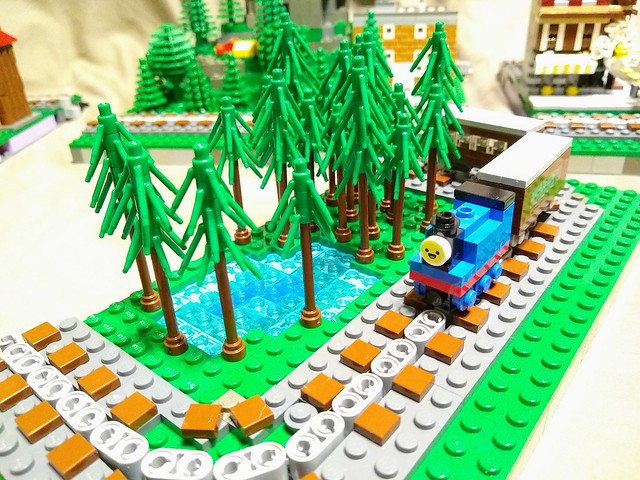 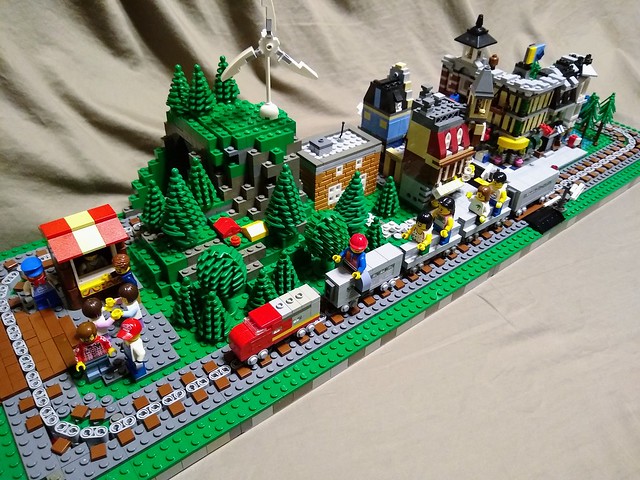